Astroscale’s Yasunori Yamazaki and OSG Corporation’s Jiro Osawa made a special appearance during the opening ceremony of the April 3rd match between the Hamamatsu Higashimikawa Phoenix and the Iwate Big Bulls to speak about the IDEA OSG 1 mission. Supporters were given with a special “Space Sweepers” T-shirt. A huge crowd showed up to support the IDEA OSG 1 and the Hamamatsu Higashimikawa Phoenix. 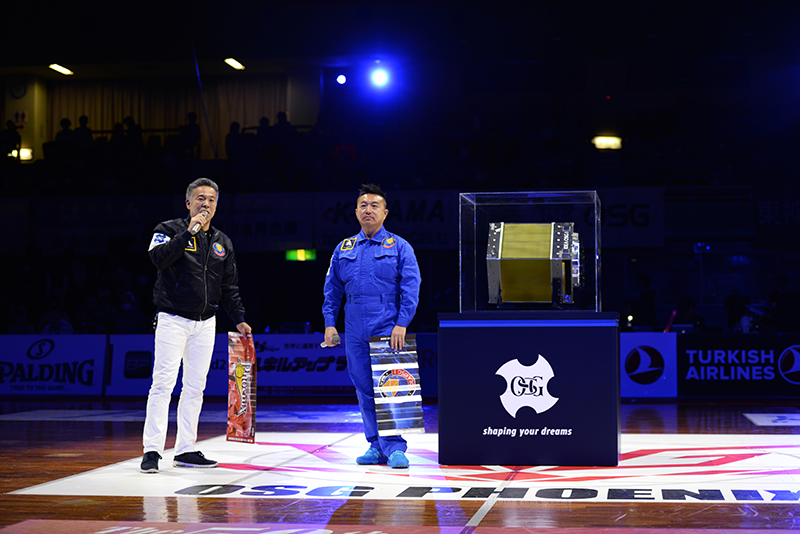